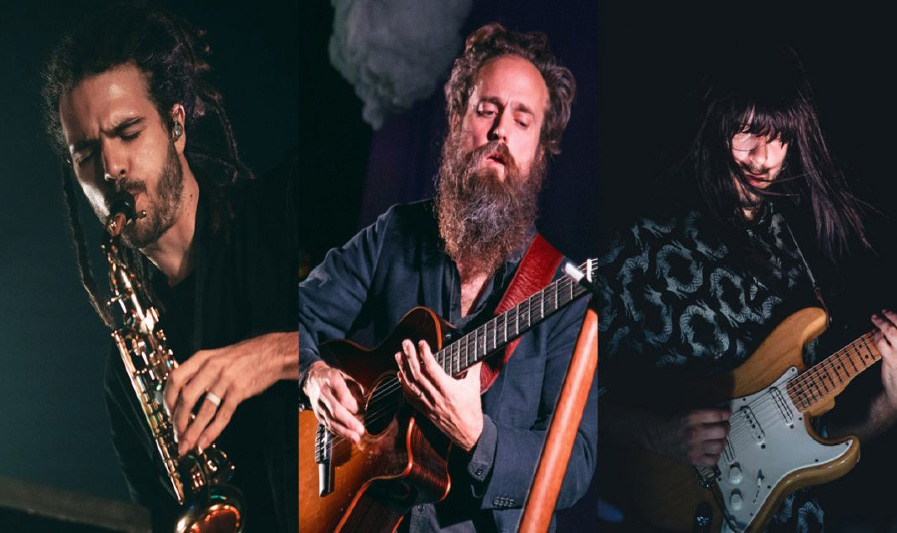 From April 20 to May 20, a total of six shows from favourites across the sonic spectrum were held in different locations around Bangkok, from RCA’s house party-inspired haunt, the city’s quintessential concert hall, to a rooftop oasis of a luxurious mall. It’s a commendable concept and a move to stand out amidst the inrush of show announcements made for Bangkok this year. Not to mention the mind-boggling deal for tickets: fans can access every gig for less than 3,000 baht.

AsiaLive365 joined in on four of the six nights that boasted performances from Bondax, Mndsng, FKJ, Iron & Wine, and Khruangbin. Here’s what went down.

For Bondax, whose previous two visits saw them at the now-defunct Live RCA club, the funky Zoom Sky Bar at the Anantara Sathorn Hotel would be a breath of fresh air, but we as the audience wondered whether the venue could hold its own. It was no doubt photogenic and we did find ourselves among friendly faces who didn’t fret so much about documenting the night on Instagram Stories. When it comes to sound quality, however, we say it’s passable. One could hope alcohol would ease the rough edges now that Tiger Beer, the festival’s main sponsor, went at only 100 bath a pop next to overpriced cocktails on the menu.

Mngsgn kicked off the night on a relaxed note and good vibes, bringing a mixture of lofi hip-hop and smooth jazz that lightened the load of humidity in the air. He didn’t miss our favourites like “Transmissionnn”, “Cosmic Perspective” and “Ya Own Way” before handing the rest of the night to Bondax. This time the Lascaster lot jumped right into the hits like “Gold”, “All I See”, “Neo Soul”, “All Inside”, “Temptation” and “Just Smile For Me” before serving up a nu disco selection for the crowd to chill to for the rest of the night.

Also back in town was FKJ, aka French Kiwi Juice, aka Vincent Fenton, who took on Moonstar Studio 8 on Sunday, May 6. The French house master arrived right on time, opening with “We Ain’t Feeling Time” before serving up both past and present hits like “Losing My Way”, “Instant Need”, “Learn To Fly”, “Why Are There Boundaries”, “Lying Together” and “Skyline”.

Given that this was Fenton’s third visit in a quick span of three years, it only logical to wonder what he would do to keep the fresh kiwi juice flowing for second and third-time audiences. But the Paris-based producer didn’t disappoint with his improvisational flair that capped off his songs, be it on the keys or the saxophone. It wasn’t all one man with his instruments either: for “Tadow”, Fenton was accompanied by the visuals of Jamaican-American trap jazz singer Masego playing his sax in the background, conflicting and complementing the former’s performance at the same time. The show ended on a high note with “Vibin’ Out With (((O)))” that received tumultuous cheers and applause.

It was FKJ’s biggest show in Bangkok by far and rightfully his best: the sizable, well air-conditioned venue equipped for elaborate show setups made for a much better sensory experience than his last performance at Zen, Central World (also by Live Events Group). The beautiful visuals and lighting could move and capture emotions unlike anything we’ve seen at an electronic music concert. Props to the light installation from local visual art collective Autosave, the live abstract painting from Panyavee and Ekko’s groovy DJ set for a warmup party.

We returned to Moonstar 8 on Tuesday, May 15. A pre-show party promised on the bill turned out very subtle, with art installations from the previous show and quiet murmuring and lager sipping. Appropriately so. It was meant as an assembly point before the guests were taken to Iron & Wine’s backyard party. The stage was set in a homely, artisanal manner, against a hanging white sheet and fluffs of cotton ball clouds. Anything from the achievement of the city’s music community to our dreamed up
neighbours’ wedding vow renewal, we came to celebrate.

No sooner did the band treaded into position and Sam Beam place his red wine on the stool by his mic stand than they took our breath away with a spellbinding seven-minute rendition of “The Trapeze Swinger”. Keyboardist Eliza Jones and drummer Elizabeth Goodfellow’s harmonies made it hard to retract and settle for the studio version. A string of pleasers and deep-cuts
followed, including “Wolves”, “Cinder and Smoke” and “Jesus the Mexican Boy”. Safe for highlights from his latest effort Beast Epic like “Bitter Truth” and “Call It Dreaming”, Beam’s setlist is hardly ever the same each night; you’d never know what the bearded brooder might pick out from his hefty catalogue, and that was every bit as laudable as it was exciting.

Still, expect the expected. At the crowd that had waited over 15 years for their first show Beam quipped he “knows the deal” before launching into “Naked As We Came” and “Such Great Heights” (with “new” un-singalong-able melodies) during his solo time. Of course, “Flightless Bird, American Mouth” and “Boy with a Coin” were also present.

While Beam can jest like a superstar frontman, albeit gently, and command the stage with only his raw vocals and guitar, the band – also featuring Teddy Rankin-Parker on cello and Sebastian Steinberg, aka Beam’s touring “dad”, on bass – proved a wonderful addition and made this intimate session even more fun. Like a great potluck, each brought their best overture. During “Last Night”, every instrument, even Goodfellow’s jingle bells and starry chimes, had a chance to shine in all its quirky, borderline experimental glory.

Beam’s two female bandmates sported long fake beard fashioned after his own for an encore of “About a Bruise”. It’s the little, seemingly-effortless details like this that make Iron & Wine establish a fast connection with their audience and stand firm in the latter’s memory until the next tour rolls around. Oh, how sorely those who resold their combo ticket code missed out.

BAMM! wrapped up its inaugural edition on Sunday, May 20 with the Texas-based Thai psychedelic-induced Khruangbin, whose name means “airplane” in our native tongue. The Helix Garden at The EmQuartier was packed from the first opening set from Bangkok’s own Summer Dress who took the stage around 8.30pm. Their indie pop tunes got the crowd singing along and head-bobbing throughout. Coming at their heels were The Photo Sticker Machine who warmed up the mounting mingling of local and expat audience with their electro dub lounge numbers.

When the clock struck 10pm, Khruangbin landed on stage with the instrumental “Cómo Me Quieres”, the first track off their latest album Con Todo El Mundo, before moving on to a groovier and sunnier piece like “Dern Kala”, inspired by the traditional Thai game of race walking on coconut shells. While no literal race took place on stage, the performance did feature fun moves and steps from singer-bassist Laura Lee and guitarist Mark Speer while Donald “DJ” Johnson worked the drums mellowly in the back.

The three-piece got the crowd swaying along all through the show, alternating between Con Todo El Mundo and The Universe Smiles Upon You favourites, including “August 10”, “Friday Morning”, “August Twelve”, “Mr. White”, “Two Fish and an Elephant”, “Lady and Man” and “White Gloves”.

True to their multi-cultural spirit, Khruangbin threw a medley of coast-to-coast hip-hop into the set so inspired by the music of the East, ranging from Dr. Dre’s “Next Episode”, Ice Cube’s “It Was a Good Day”, to A Tribe Called Quest’s “Electric Relaxation” before reentering the funk sphere with Leon Haywood’s “I Want’a do Something Freaky to You” and Kool & The Gang’s “Summer Madness”, followed by their own “Maria También” that propelled as much jigging as its spirit cousin “Apache (Jump on It!)” would. The band briefly left the stage and returned for “People Everywhere (Still Alive)”, an exuberant molam disco finale that left us singing, “Still alive, still alive, still alive” all our way home.

Khruangbin delivered a flavourful conclusion to a month bristling with quality live music on a scale unheard of. The sound quality might vary from place to place given BAMM! ’s multi-venue format, but the organisers’ attempt to bring together top-class
international talent while showcasing the city’s own alone has us look past any first year slips and forward to the editions to come.