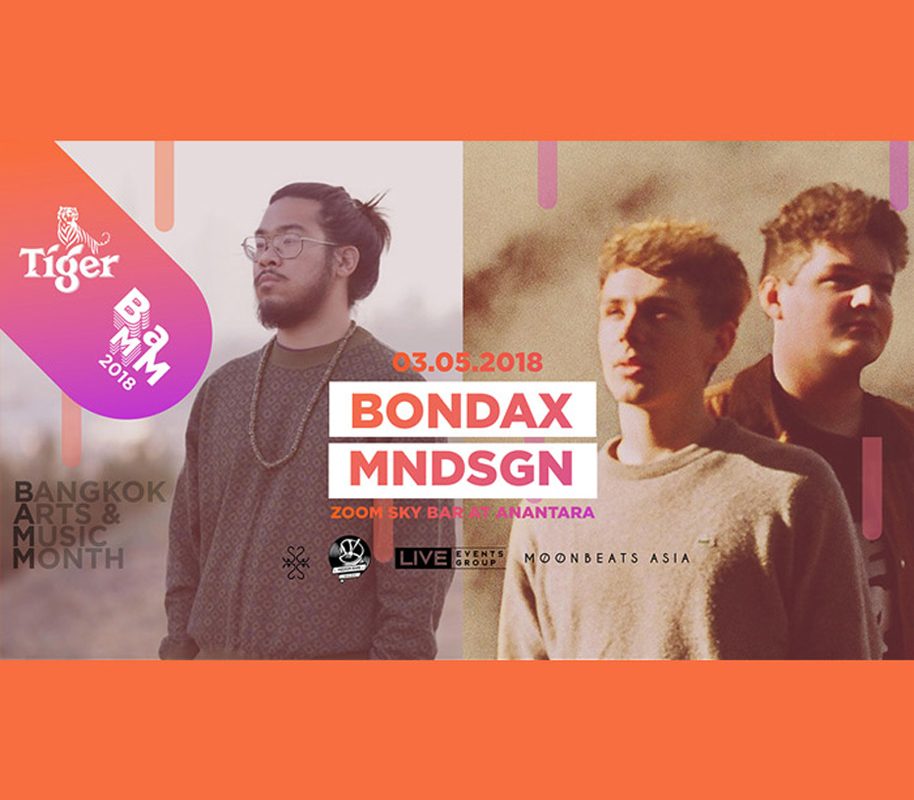 Pre-sale tickets are up for grabs via Ticketmelon now for THB990 while the combo pass to all upcoming shows (including FKJ, Iron & Wine, Khruangbin) are at THB2,990.

Founded in 2010, Bondax are an electronic music duo consisting of English musicians Adam Kaye and George Townsend. The young yet talented group gained prominence primarily as a result of BBC Radio, initially through BBC Introducing Lancashire before receiving BBC Radio 1 airtime from the a range of DJs including Nick Grimshaw and Annie Mac. Mndsgn is an Los Angeles based hip-hop producer with a twist of ’80s R&B and boogie funk, pairing his adventurous sound with themes of self-actualization and human connection.